During this year I managed my activities regarding to my work and my free time in a calendar that I made in Excel and I kept updated in Google Drive. This calendar has been very useful mostly when I needed to plan new activities for the future and see how I can manage all of them.

I also have improved my skills in managing my expenses and income. To do this, I created a table in Excel where I have been including all the expenses and income to make a record of what I spend the most on and what I spend the least on. It is very useful to see the overalls and think about what you are doing in excess comparing to other activities where money is involved.

During this year I have had the opportunity to meet part of the Polish local people of Sokolowsko, either young and older people. There are two types of locals, people from Sokolowsko and people who moved to Sokolowsko in the past 10 years. Regarding this, as being involved in social and cultural activities with both groups of people, it was very interesting to know their different points of view about Sokolowsko, the reasons of living here, the ways of living, their local discussions about the fact of that Sokolowsko is getting popular and more external activities are taking place here, so also how these activities are influencing the village and the surroundings. This fact is called gentifrication.

On the other hand, it was also very interesting to spend the Christmas and New Year’s Eve in Sokolowsko, so I was able to experience it with only Polish people and following their traditions. I also enjoyed a lot to have international dinners and showing my cooking skills to the Polish people, so we could exchange our knowledge from our different cultures and gastronomy.

In the first festival, I was working as a sound technician and team leader of the volunteers, so the producer and the head technician were in close contact with me and I had to manage the time efficiently, to take decision and solve any problem quickly from the beginning till the end of each day.

On the other hand, the other volunteers and I have been working as a team on the creation of a digital map of Sokolowsko. Each of us had different tasks and ideas. We were interviewing local people asking about their stories, their past in this village, taking pictures about architecture details, ruins and historical buildings. During this project I recorded soundscapes in speceific places in Sokolowsko, to be uploaded in the digital map. I was very interesting to excercise active listening in different spots of the area and at the same time the work of storing and cataloguing all the sound recordings.

I have been living alone for a year in a tiny studio located in a tiny village surrounded by beautiful and inspirational forest and mountains. I have spent most of my free time hiking around and travelling. Regarding to this, I think I have learned a lot on a personal level, to face loneliness and fear, and live happily surrounded by simplicity, to take care of my mental and physical wellbeing. I also have been learning a lot by myself about the surrounding nature and working on my own projects during my free time. In conclusion, I have learn that I can easily feel good and happy when I am alone for a long period of time and enjoy as usual, feeling more powerful and socially independent.

During this month, January, I’ve been working and also travelling around with the other volunteers, to natural areas and villages near Sokolowsko, where we live, and other cities. I’m a sound designer and technician so I’m helping with projects and tasks related to sound. This month I’ve been helping re-organizing the stock of audiovisual material of the foundation and creating the videos of sound art perfomances of the Sound Sanatorium Festival of the last years.

I’ve been also helping with a new project in a team with the other volunteers where we are going to help in the creation of a digital map mixing our different skills. As for the sound, I’m thinking in recording different and specific points of listening of Sokolowsko and surrounding areas (specific soundscapes and soundmarks). So yeah, as part of this new project, I will be walking around and focusing on listening to the soundscapes. I know soundscapes are not that popular as landscapes/photography, I guess we are more visuals than listeners, but it’s something that of course we feel all the time and is influencing our lifes everyday. Soundscapes are constantly changing all the time just like our technology is changing too, animals and insects around are moving to other places or moving to our place, new noises are appearing and others are dissapearing, etc. I think it’s very interesting to think about that, just close your eyes and start listening for a moment, and think also about how the noises you make are interacting with what surrounds you 😉 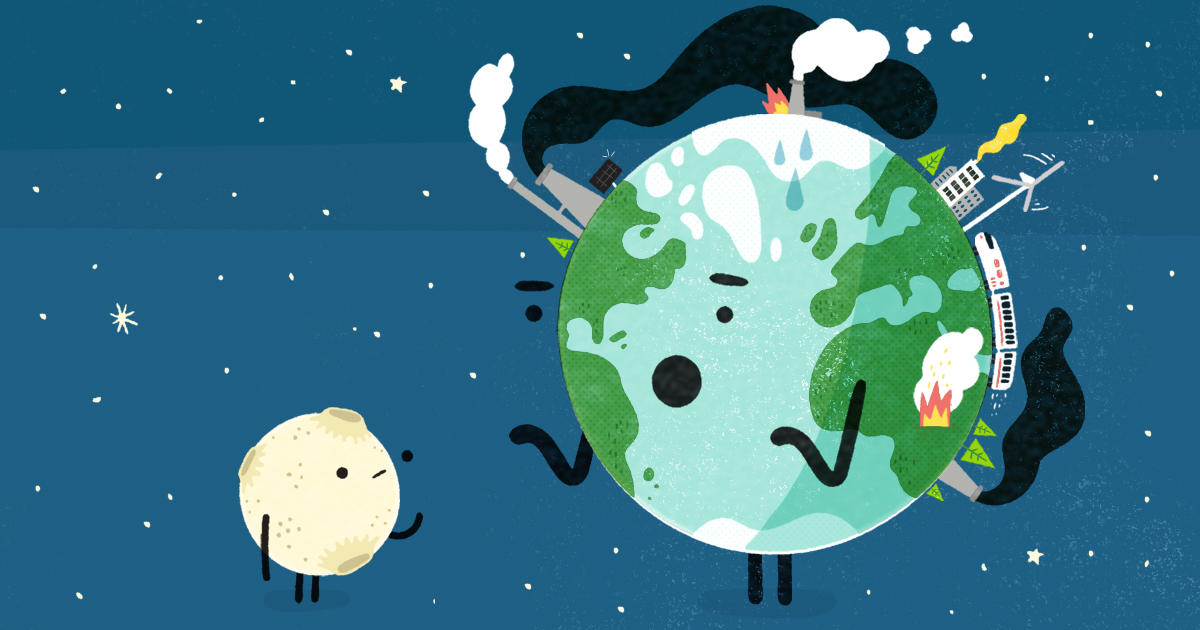 According to scientific hypotheses, our planet has warmed and cooled many times over its 4.5-5.0 billion-year history. Scientific observations already show that the Earth has begun a process of rapid warming. However, in contrast to the current global warming process, more and more people will still be affected by the global warming problem. The main reason is that, the increase in the amount of carbon monoxide and methane in the atmosphere, which creates a greenhouse effect. As it is known, a person can and must reduce the amount of “greenhouse gases” by regulating his activity. Environmental problems can make life on Earth very difficult.  According to some forecasts, “global warming will destroy more than a quarter of plant and animal species by 2050, and more than a million in other words”  By the end of the 21st century, the average temperature is expected to reach an all-time high, and the threat of mass extinction of the earth’s flora and fauna is expected to remain a mystery. This heating is considered to be due to the greenhouse effect of the gases emitted into the atmosphere during the pre-combustion of minerals such as coal, oil and natural gas and their effects on the environment.

The question is that how does it affect to Azerbaijan? Let`s look first of the scientific side, then I`ll share my experience as the citizen of this country.

Climate risk issues in Azerbaijan, including how climate change will potentially impact agriculture, water resources, human health, tourism, and coastal resources and infrastructure. But I definitely say that, climate change is the big part of it.

Azerbaijan is an emerging middle-income country. The agriculture sector contributes only 7 percent of GDP but is a critical component of the non-oil economy. As a key source of jobs and a priority in the context of food security, Azerbaijan’s agriculture sector will be increasingly at risk from higher temperatures, unpredictable rainfall and natural disasters. The country’s rapid economic development created a number of environmental challenges that will be exacerbated by climate change, such as severe air pollution from industrial plants, water pollution, soil degradation and important biodiversity and forest reserve degradation and losses. Another major risk to economic development and the population is the increase in frequency and intensity of natural disasters. Azerbaijan is considered to be one of the most flood-prone areas in the world and extreme events, mainly floods, landslides and mudslides cost Azerbaijan an estimated $70–80 million annually. (This paragraph has been taken from https://www.climatelinks.org/resources/climate-change-risk-profile-azerbaijan)

As a citizen of this country I can tell that in my childhood we played with snowball every year from 1999- 2007.  Unfortunately I witnessed snow which stayed on the land last time in 2017, it is sometimes snowy, or sleety ( snow with the mixture of rain) but after an hour, there is nothing, for example yesterday the weather was 11 degree ( on the 26th of December 2020).

I know the second reason of global warming is plastic pockets, finally our government will forbid to use plastic pockets from the 1st of January 2021, however, some people judge the government for it, because they are not aware of disadvantages of plastic pockets, once I tried to explain it to a woman who could be 35-45 years old, she only answered me, “everyone uses it, is it a problem only I use?” with the high voice and rude way… We can solve this problem only with awareness, making some short videos, but not the strict video, according to marketing we can strongly impact to people only with 2 ways, humour and drama, we need to film something with the language of animals and nature.

I am going to share here some photos as an example.  Note: I took all of them from the internet.

I have sent some photos to my friends, and got their opinions, it impressed them a lot, and they understood the power of global warming.

The death of an innocent bird because of pollution…

Leyla from free school in Cracow.